BVI spent over $3M On Greenhouses

Measures will be put in place to avoid the greenhouses at Paraquita Bay being damaged during the hurricane season, according to Natural Resources and Labour Minister, Hon. Omar Hodge.

"It can stand up to 80 miles wind and if you listen to the news, you will realize that it will get stronger than that...We will just take the sides down and let the wind blow through and we will always have spares on hand in case anything is damaged, so we can fix it up and move again."

He said, "You know throughout the world where we have these greenhouses, there are tornados and hurricanes so we have to be prepared."

The Minister was at the time responding to a question during the VIP's radio programme earlier this week on whether the greenhouses will be able to withstand the force of hurricanes.

Meanwhile, during yesterday´s sitting of the House of Assembly, Minister Hodge said Government is presently costing some support services required for the greenhouses, noting that once those costs are received by his Ministry, he will be in a better position to advise the Honourable members.

He was responding to questions posed by Opposition Leader, Dr. Orlando Smith on what is now the projected cost of the infrastructural development of the Greenhouse Project.

The Minister, who could not say what would be the annual projected cost of running the project, said the total sum expended to date on the project is $3,109,458.44. "Mr. Speaker, the cost is yet to be determined."

Furthermore, responding to the question on the timeline for the project to break-even, Hon. Hodge said, "This information is unknown at this time. My focus at this time Mr. Speaker, is to ensure that this Territory has quality food for its people."
Madam Speaker, I would like to now turn my attention to the issue of agricultural development. Agriculture is one of two (Fishing being the other one) traditional industries of the BVI that seem to have lost its importance to our economy with the advent of tourism and financial services.
There has been much talk about the resurgence of this industry. The greenhouse technology may yet prove worthwhile and useful. Madam Speaker, according to the United Nations estimates, the world food production will have to increase by seventy percent (70%) by 2050 in order to meet the need of an exploding population that is expected to reach about 9 billion. This extra production, according to the UN, will have to largely come from existing land.
The greenhouse technology allows us to increase our food production without requiring additional land space. As I have always said Madam Speaker, if they can grow food in the desert in Israel, why can’t we use the same technology and grow food here? Statistics reveal that over 90% of the food consumed in the British Virgin Islands is imported. The development of the Greenhouses in the territory is very important if we are to move towards some measure of food security for this Territory.
Madam Speaker, I know that there have been issues raised in regards to the consumption of food produced in greenhouses, but the fact is that we import foods from a number of different countries that use this technology. I would also like to add here that we have no control over the quality of the produce we are buying from overseas; however in this situation, our technical people will have direct control over what is produced. This direct oversight assures a better quality as well as a reduction in the import bill through a reduction in the quantity of food imported.
Many of us remember the days, from the 1950s to the 1970s, when this Territory supplied the neighbouring United States Virgin Islands with food, especially ground provision. Those were the days when our population was approximately ten thousand (10,000); with a population of about thirty thousand (30,000) the demand for food has increased exponentially and we need to begin to seriously address this issue.
In addition to the increase in population, we have had to deal with issues like adverse weather conditions which have brought on protracted periods of droughts and extremely heavy rain falls. These conditions n extreme ends of the spectrum make it difficult to cultivate. The greenhouses will provide a situation where the conditions can and will be controlled thus ensuring year round production.
Madam Speaker, let me be abundantly clear that I am in no way condemning traditional farming. As a matter of fact, I would like to publically commend those farmers who are still using the traditional means of farming and to let them know that they have nothing to fear. Our traditional farmers will continue to play a critical role in food production in this Territory. At the beginning of the New Year my Ministry intends to move forward with the development of this industry through the development of the green houses. This development also creates a total of 20-24 jobs that will be needed to run the greenhouses on Paraquita Bay.
This is another benefit that encourages me to move forward with this development from concept to reality. 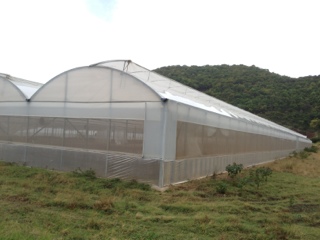 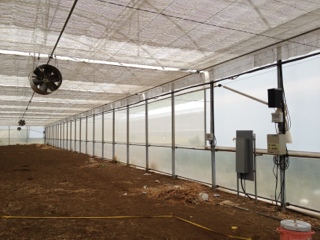 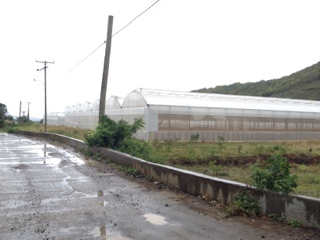 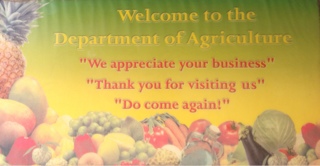 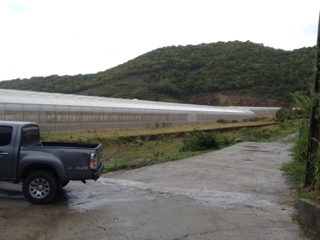 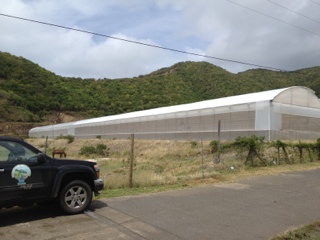 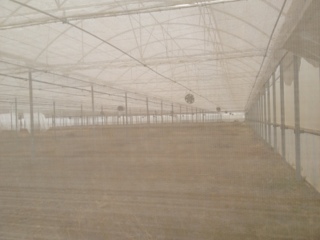